On the 24th and the 25th of April 2017, the second edition of App Builders Switzerland took place in Lausanne. A true collection of the Swiss mobile industry's brightest minds and also many international attendees and speakers gathered in the SwissTech Convention Center to discuss recent trends. It was an amazing event, providing lots of interesting inputs and inspiration for our devs, but also covered topics such as design, user retention and the ethics of building apps.

As a diamond sponsor of the event, we from Apps with love were happy to see such a wide variety of topics, talks and people attending the conference. It was a perfect opportunity to get to know other App Builders and exchange experiences and knowledge.

TALKS AND PEOPLE FROM AROUND THE WORLD

App Builders 2017 introduced an interesting new format for three of the talks: Stories. The idea behind this, was to open up the discussion a bit and to not focus on mobile technologies only, but to get some broader insights into the three discussed topics. Steve Scott hosted these talks and asked the speakers lots of interesting questions. On top of that, the audience had the opportunity to submit questions that then would get discussed as well. That way, the sessions became entertaining and sometimes provoked unexpected answers and surprising perspectives.

One of the three speakers who shared their knowledge in this format was Martin Odersky, the inventor of Scala, who argued, that there isn’t really a conflict between functional and object oriented programming. Another very thought provoking interview was the one with Laura Kalbag who spoke about the topic of privacy and presented the ethical design manifesto. We'll definitely think of her talk the next time we sign up for another "free" service! Finally, particle physicist Sergei Gleyzer, who is according his own description “looking for new things" at CERN and who also is the founder of the Inter-experimental LHC Machine Learning Working Group, explained what particle physicists do and how machine learning is helping to analyze the vast amounts of data that are generated by the experiments scientists conduct at CERN.

Of course one can never attend all the talks one would like to attend, however we still want to highlight some of the speeches we have listened to and the topics they covered:

For sure we have missed other amazing talks. We look forward to hear from you either at App Builders Switzerland 2018 or here in the comments. Feel free to post a link to your slides if we have missed your great talk!

Some of the things we learned:
- The importance of accessibility: We tried using our phones while wearing an augmented reality headset that simulated vision impairment. A very valuable experience!
- Learned: Swift protocol associated types, swift scripting.
- New trend or possibility: Server side swift.
- Take-away for the whole conference could be: Beware of technical debt!

We from Apps with love enjoyed the conference greatly. That's also the impression we got from talking to many other attendees - it seems everyone had a great time. But not only the attendees, also the speakers and the organizers enjoyed the event. When we asked Meghan Kane what she thought of the conference, she replied:

I liked it very much! It’s lovely to be in Switzerland. Unfortunately I was not feeling very well today so I had to have my talk rescheduled to the late afternoon, but I really enjoyed Monday and luckily was able to listen to most of the talks.
— Meghan Kane, iOS developer at SoundCloud

Also the organizers had a largely positive view about how the conference went. We asked Junior Bontognali what his feelings were about this years edition. He said:

We have improved many points like registration, quality of speeches, socializing and networking opportunities. On the other side we are not really happy with the catering (where is the coffee?) and had some trouble with the projector in one room. Also more gender diversity would be great but quite difficult to achieve. However, all in all we are very happy.
— Junior Bontognali, Mobile Engineer at Credit Suisse and Organizer at App Builders Switzerland

LOOKING BACK - AND FORWARD TO APP BUILDERS SWITZERLAND 2018

It's great to see that this young conference is developing and improving. The first edition of the conference in 2016 was great already - you can read about it here - and we expect even more great things next year. App Builders Switzerland 2018 will be held in the south of Switzerland in Lugano in April 2018. We hope to see you and hopefully even more App Builders there. 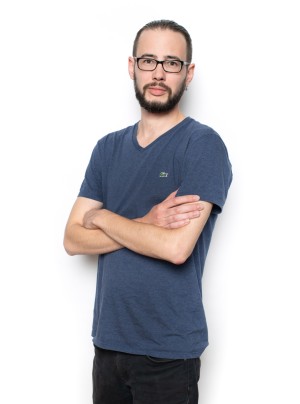