After two years of online events, droidcon Italy was back as an in-person (and online) event on 6-7 October. Michel and myself got the chance to attend the conference. This time, it was held at the “Museo Nazionale dell’Automobile”. In this blog we highlight some of our favourite talks and what we have learned from them.

Let the IDE do that for you

The talk of Sebastiano was a fun, mind-blowing and helpful demonstration on how we can do things faster in Android Studio by using shortcuts. While we already knew a few of them, there is definitely room for improvement. This talk showed us where we can save some time in our “daily coding life”. It was a good reminder to start practising and add a few new shortcuts to our workflow. And let's be honest, it is way more impressive if you can navigate around your IDE (Integrated Development Environment) without touching the mouse 😄.

Some of my newly learned shortcuts (that I hope to be using a lot in the future):

Also: Who knew that you can easily access a handy shortcuts-cheat sheet within Android Studio by using the Actions Search and typing Shortcuts? Likely nobody - as the audience started to cheer when Sebastiano showed us that 😅. 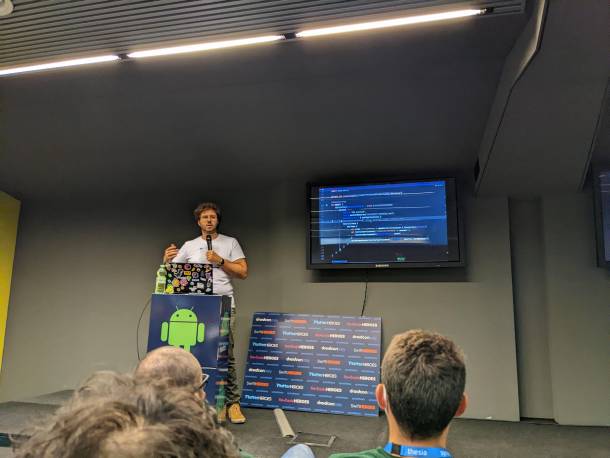 The Adventures of Kotlin And Compose through the Multiplatform World

A big topic of this year's droidcon was Kotlin Multiplatform Mobile or “KMM”. As the name suggests, Kotlin Multiplatform is JetBrains answer to cross-platform development of apps (by sharing code between iOS, Android & co). In the last few years we have already seen multiple cross-platform frameworks like Flutter, React Native, Ionic, Xamarin & others. With the exception of Flutter, none of these Frameworks managed to grow a substantial community and “revolutionize” mobile development. Therefore, we’re obviously always a bit sceptical when we hear about a “new cross-platform-thingy”.

According to Carlos, what makes KMM stand out is that it’s an SDK for Kotlin — with which Android Developers are already familiar. Therefore, even if “things go south” and the approach of sharing code doesn’t work out, you can still use the code to create your Android app.

According to Carlos, the current state of KMM is “stable-ish” and can definitely be used. Most of the speakers that were talking about this topic were also already using it in production, e.g. in Apps that are published in the App Stores. Interestingly, most of them were also happy to exchange “Flutter” for “KMM”, even though it has not reached v1.0 yet. Since the topic of KMM was also already discussed by Alain in his Swift Heroes review, it might be worth having a look at it when an opportunity arises. 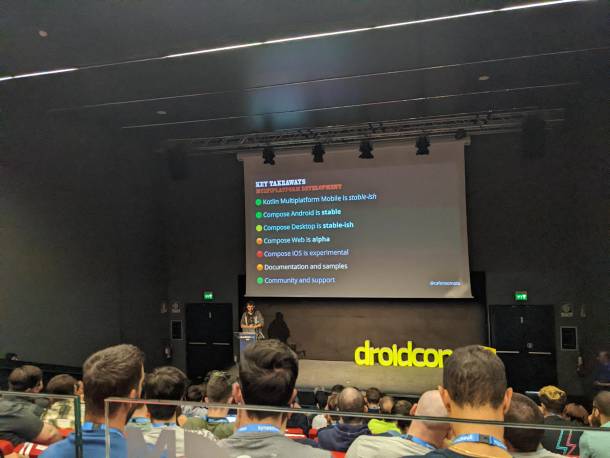 The State of Android Testing in 2022

We were very excited for the talk of Egor about the State of Testing. He’s working at Cash App / Square and they are known for having created some of the most useful open source libraries. Probably every Android Developer is using at least one of them daily. Therefore, this talk about testing was not only showing how we can write better tests, but also showing how their libraries might help us to do so.

Greatly pointed out by Carlos Mota in an earlier talk, we need to be careful of the “demo effect”. When presented in a demo on stage everything usually looks very nice, clean and understandable. However when trying to apply these concepts to real world projects it’s usually where problems appear. So we will definitely have to find out if any of these techniques can be used in our projects. Nonetheless, we have received great insights into how a test driven team works and what we can improve in our projects. 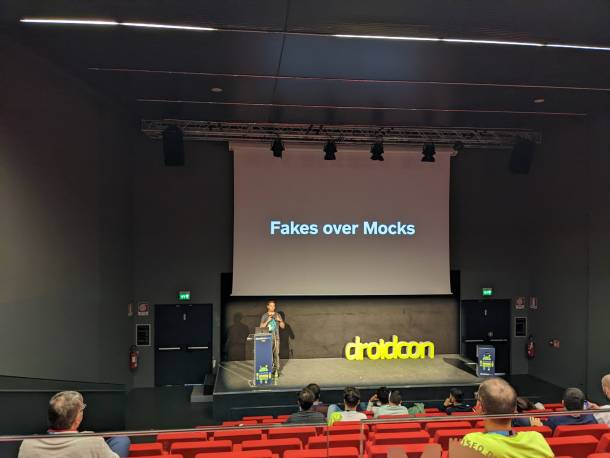 by Gérard Paligot and Fanny Demey

The talk of Fanny and Gerard showed a topic that is often not treated well enough: Accessibility. They were using TalkBack, Google’s accessibility assistant that reads the content of the screen step by step. What we liked in this talk was that they showed us an “ordinary app” and how bad the accessibility (focused on visual disability) usually is. Luckily, they showed fairly easy examples how this can be fixed in most apps. The key takeaways were: 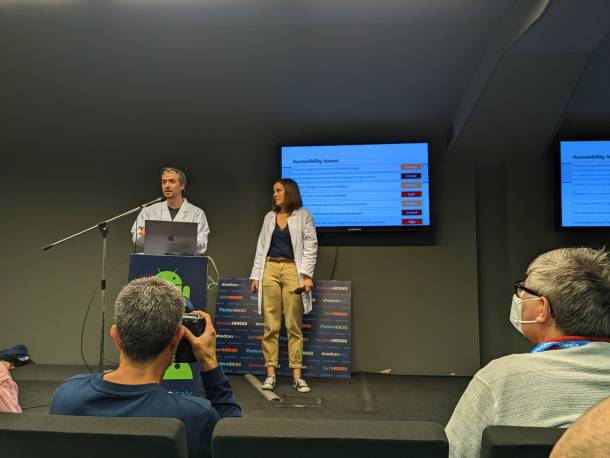 During the breaks we got to talk with the speakers and other attendee’s, as well as participate in some of the break-activities. In one of the breaks, we played in a quiz organised by GDE Italy where Miggi managed to win one of these Android toys 🎉 - I guess we can never have enough Android Merch 😄. 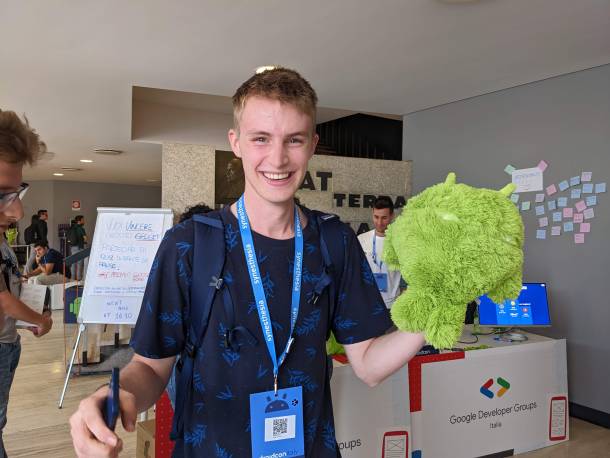 Droidcon Italy used “Hopin” as their event-platform where you could build your own schedule, watch livestreams and also recordings from the talks. On the first day basically every talk was rescheduled at some point, so it was nice to always stay on top of everything since the schedule was updated in the Hopin app as well.

The downside of this location was definitely its size. While it worked out in most cases, during lunch (that we rated as 3/10.. 😬), it got way too crowded and it felt a bit that you had to fight your way to the front of the queue. Also, the coffee quality at the conference was unfortunately not as nice as I hoped it was in Italy 😄.

For the time being, this was probably the last droidcon in Italy for me. If I get the chance to visit a droidcon again, I would love to check out the one in Berlin or London to grasp how other Android communities are interacting together. 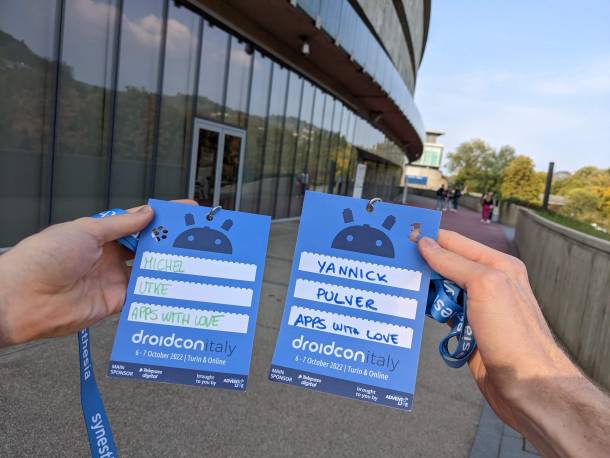 Everything Else but the Conference

We didn’t have much time to explore Turin, but obviously we had to go and eat some Italian Pizza and walk around the area. 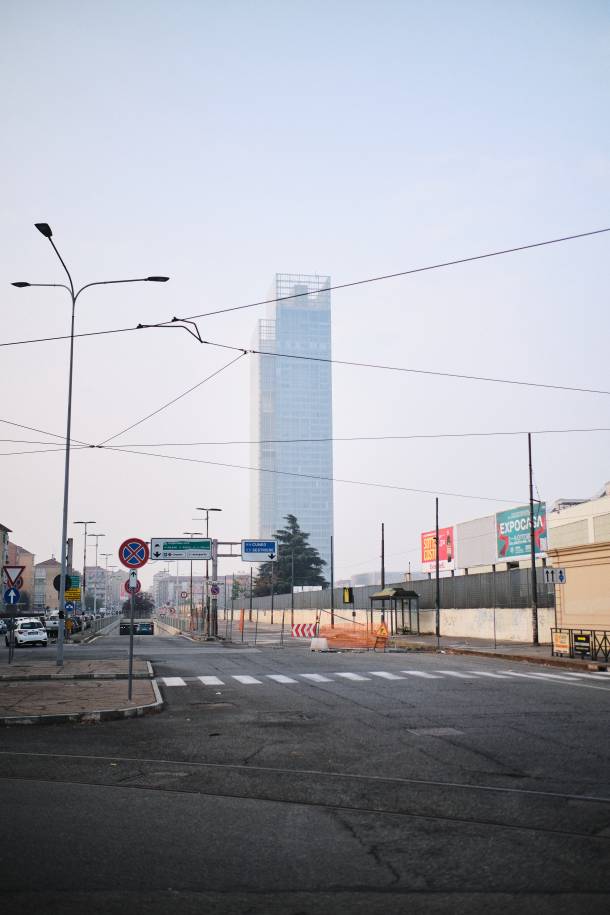 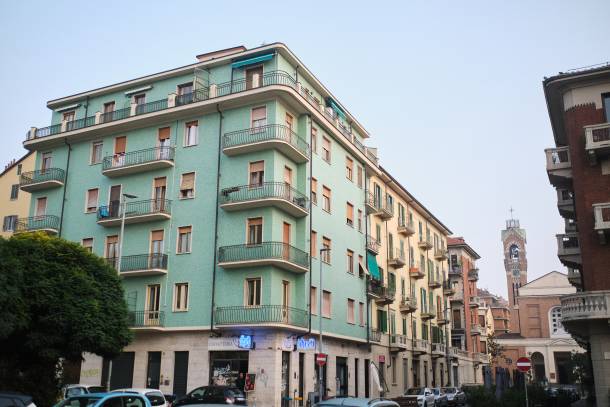 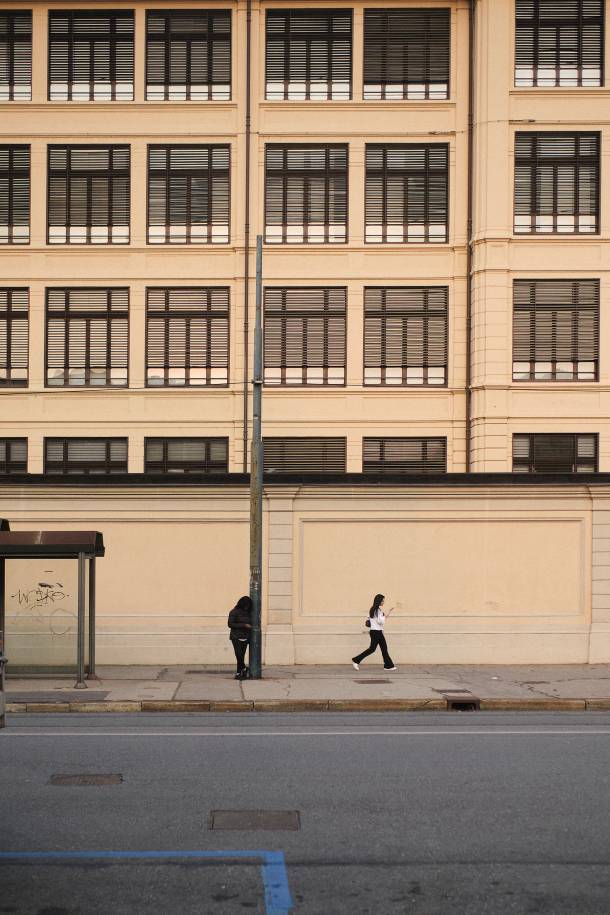 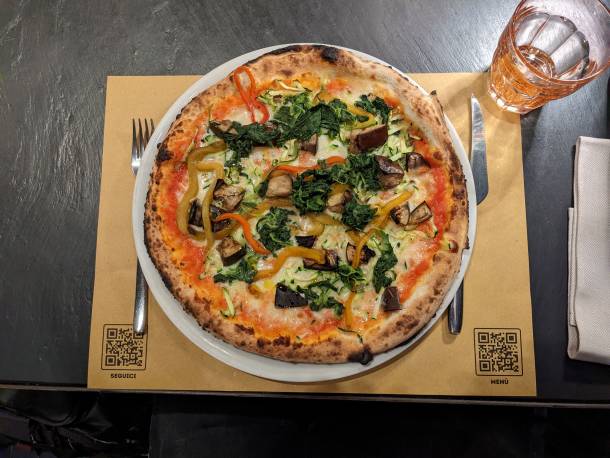 I’m sure that we got a bunch of good ideas for things that we would like to work on or start to explore in the next few months. Especially all the insights about KMM, Testing and Accessibility gave us a better understanding of little things to improve. Now it’s just a matter of using the opportunities when they arise to try out the learnings.

Note: The talks should get published on YouTube in early 2023. If we think of it, we’ll include it in this blog post 😄. 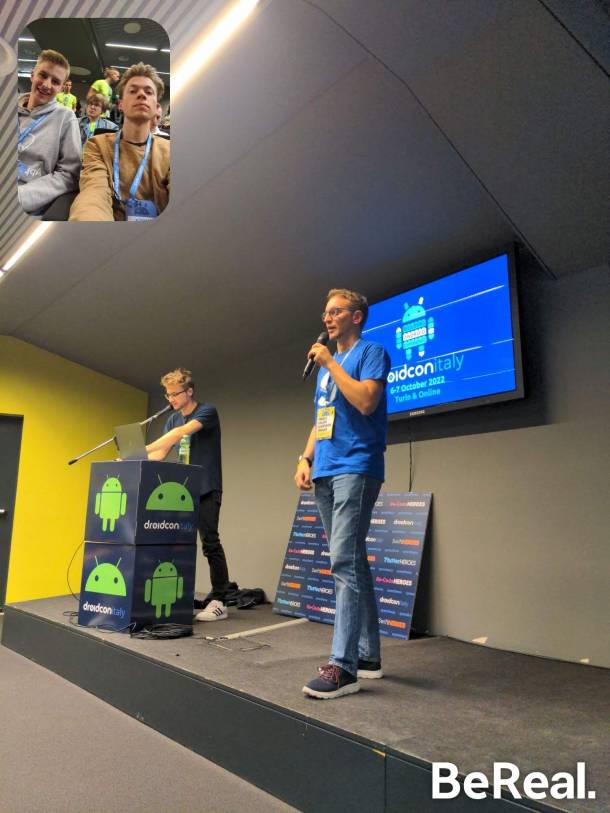 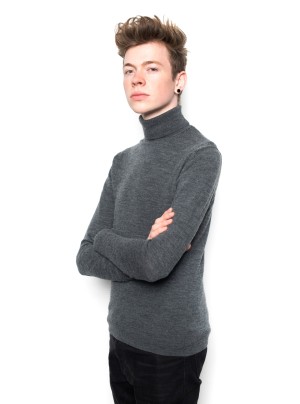 Yannick Pulver
Technical Lead Android Development
Our Android dev with style! He could have been the new face of Dior in Paris but instead he was drawn to the mountains, where he observes the beauty and richness of nature. 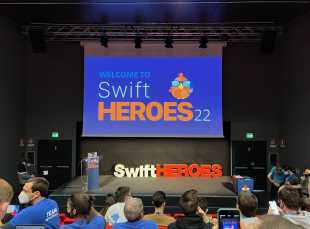 Our iOS devs attended SwiftHeroes 2022 in Turin. Alain tells us what it was like and what his take-aways from the conference are.
We just noticed that you surf with Internet Explorer. Unfortunately, our website does not look so nice with it.